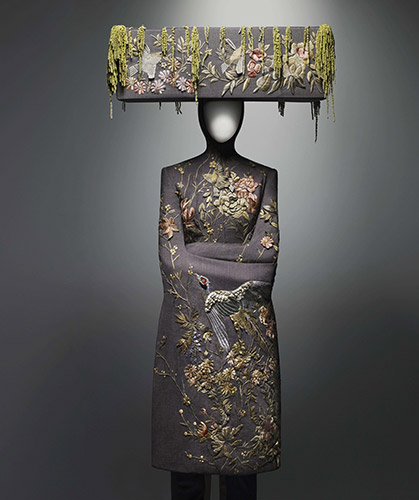 I have been thinking quite a bit lately about Alexander McQueen. If you don’t know his work, he was a wildly famous British fashion designer, first for Givenchy, then on his own. Among the non-fashion-obsessed, he was best known for the clothes and shoes Lady Gaga wore in her Bad Romance video. His designs were wacky and witty and wonderful and other-worldly, and you couldn’t look at them and feel nothing. Maybe they made you laugh or, like me, filled you with wonder, maybe they confused you, maybe they made you thing the wearer had suffered a serious head injury, but they never went by without notice.

Then, in 2010, this brilliant nutty artist lost his struggle with depression and ended his life. It shocked me to my core because if there was one person in the world I thought had confidence in themselves, it was Alexander McQueen. It was a terrible loss, but his design (and label) live on. Even if fashion isn’t your thing (straight men, I’m talking to you), give the link below a look. His work was true art. The fact that it’s (mostly) wearable is just a result of the medium in which he worked.