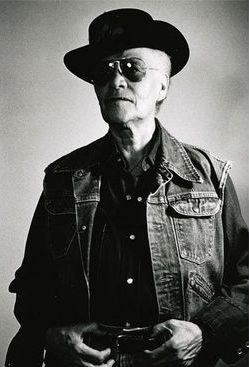 *To me, she was a friend. In her mind, I’m sure I was an friendly acquaintance. No matter. I love her still.

Born in New Orleans in 1920 to a white father and a black mother, Stormé was no stranger to trouble, but she always kept her head held high and her sense of humor intact. 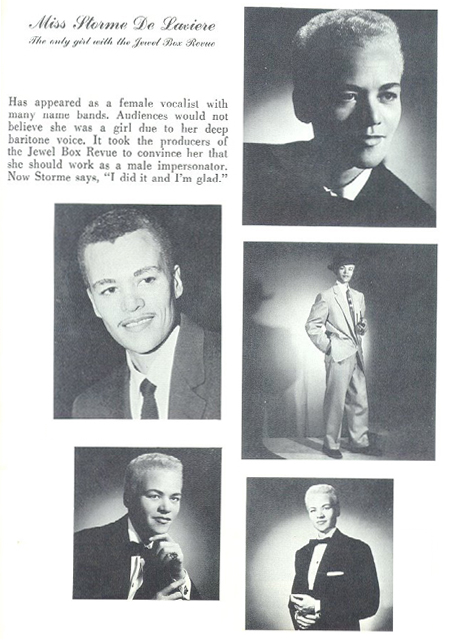 One of America’s most infamous drag kings, in the thirties and forties, Stormé was the M.C. of the Jewel Box Revue, the country’s first racially-mixed travelling drag show. You read that right. The Revue’s tagline was “25 Men and 1 Woman!” I wish I could remember some of the stories she told me about that time; as you can imagine, they were pretty hair raising, but they didn’t phase Stormé.

Perhaps best known for being the first Stonewall veteran to throw a punch, she spent her whole life tirelessly and unapologetically fighting for gay rights. There was even a movie made about her in 1991.

I got to know her when she was working as a bouncer for Henrietta Hudson’s and Rubyfruit, two women’s bars in Greenwich Village. I can still hear her singing “Stormé Weather” whenever the weather was fierce. In addition to being charming, she was also the most effective bouncer any bar could hope for. She used to chase offenders for blocks, even at the age of 80. But she was forgiving, too. Often, after she’d bounced someone, you’d find her outside with her arm around the offender, comforting them and giving life advice. She could find something in common with anybody she talked to, and it was really rare (in those days, at least) that anyone was rude to her. Stormé was an impossible woman not to like. She had no problem being tough when toughness was called for, but she was the sweetest gun-toting (then) octogenarian I’ve ever met.

A few years ago, I heard that she was suffering from dementia and had been put in a nursing home. I thought about visiting, but our association was so insignificant (to her, at least), I thought it would just be weird. I should have just gone. I did learn after her passing that there was a whole community of friends around her to ease her passing. Of course there was. That was Stormé all over.

Dear, sweet, talented, generous, funny Stormé, wishing you peace. Thank you for everything you did for all of us. We won’t ever forget you.