Ricky Gervais has been one of my favorite funny men since I first watched him on the original version of The Office. I thoroughly enjoyed another of his creations, Extras, on HBO, I wait with great anticipation for each episode of The Ricky Gervais Show which he does with his best friends Stephen Merchant and Karl Pilkington, I regularly repost his Facebook feed, and I love how unafraid he is to say what he thinks. I knew he was funny, I knew he was ballsy, I knew he was passionate about animal rights and the causes in which he believes, but I was truly shocked to learn about the incredible actor underneath. 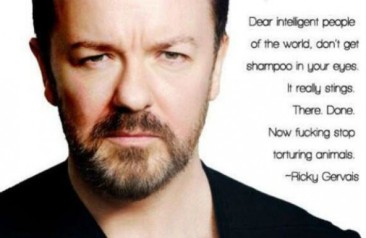 Derek is a revelation. It’s a British television comedy-drama written by, directed by and starring Ricky Gervais for BBC Channel 4 (now on Netflix), and it’s some of the most beautiful, heartbreaking, funny television ever produced. The character of Derek, played by Gervais, is a simple-minded, kind, big-hearted nursing home caretaker. It’s not really clear what exactly is wrong with his character, but it’s immediately apparent what’s right with him. I had the pleasure of rewatching Season 1 this weekend with my bestie who hadn’t seen it before, and I found myself just as moved as I was the first time around.

My mother died in 2012 after a 6-month struggle with leukemia. I was lucky enough to be able to spend her last week with her in hospice at the Clearwater Nursing Unit at Kendal-on-Hudson in Sleepy Hollow. The staff there were some of the most amazing, generous, non-judgmental people I’ve ever met. I could never have gotten through that week without them. Even though we were only on the unit for five days, by the end, I felt like I’d known these people my whole life. Our favorite nurse cried with me so many times, I started thinking of her as part of the family.

In the first episode of Derek, his favorite resident dies. His simple, touching, helpless sadness reminded me so much of the love and loss I watched and felt during my week with Mom. I can honestly say this show really helped me get through my mother’s death.  While rewatching brought a lot of that pain back, it also reminded me of those wonderful people and how lucky we were to have them when we needed them.

Season 2 is available on Netflix, but instead of binge-watching, I’m savoring it and saving it for days when I need a boost. Thank you, Ricky Gervais, for Derek. He’s a truly beautiful thing.