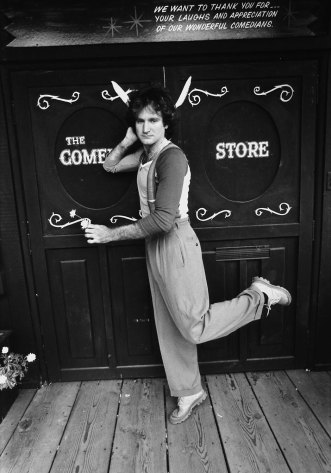 Why do talented people have to suffer so?

I am shocked by how much this lovely, wildly talented man’s suicide hurts. We lost a friend earlier this year to suicide, and like Robin Williams, our friend was thought of by everyone who knew him as a wonderful, funny, happy, generous guy. His suicide rocked us all to the core, and even though I didn’t know Robin, his loss is doing the same.

There was no missing that Robin Williams was manic at the very least. His live comedy was all over the place. Highly entertaining, to be sure, but still visibly unbalanced. That was likely a large part of his appeal. You just never knew what he was going to do. In 1980, my parents actually let me go see his live show, “Reality, What a Concept.” (Still not sure why they agreed to that.) At one point, he actually started climbing the curtains. It was the funniest performance I’ve ever seen, and it had a big part in forming my sense of humor (such as it is), but it was also a bit scary.

He was in so many of the movies I’ve loved, movies that will stay with me forever, like The World According to Garp, What Dreams May Come (which makes us cry hard every single time), Dead Poet’s Society, Awakenings, AI, Bicentennial Man, Too Wong Foo, Toys, The Birdcage, and on, and on, and on.

Unbalanced or no, there are few U.S. icons these days as beloved as Rob. In addition to his overwhelming talent, the man’s reputation as one of the nicest men in Hollywood also spoke volumes about the level of devotion he (should have) enjoyed.

In early 2000, I joined Audible.com specifically because I’d heard that Robin Williams was doing an audio interview show. He got a really impressive list of greats to sit down with him. I downloaded and repeatedly enjoyed these interviews. In particular, his interviews with John Lasseter, Nathan Lane, Eric Idle, and Billy Crystal were played and replayed on my 1st generation iPod Mini. I absolutely loved the show. They are no longer available on Audible, but wish there was a way we could all have a listen. He so genuinely enjoyed his interviewees that you found yourself enjoying them right alongside him. It’s hard to imagine that someone so seemingly filled with light was all along battling darkness. 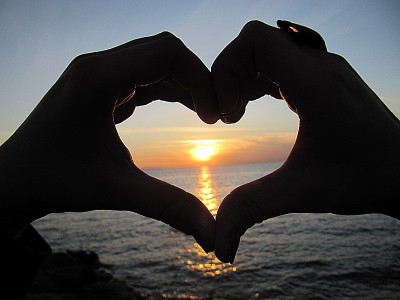 Although I’m dealing with some tough things right now (who isn’t?), I am lucky enough to have a pretty good handle on my depressive tendencies. But I worry what something like this must do to the thousands of people currently struggling with thoughts of suicide. If I were in a worse place, I know I’d be thinking if someone as beloved as Robin Williams can’t make it, what chance have the rest of us got?

So I’m sending love and hope and better days to all my people and to all the people who read this who do daily battle with darkness. Keep fighting, lovelies. I will, too. You never know what beautiful thing is around the corner.