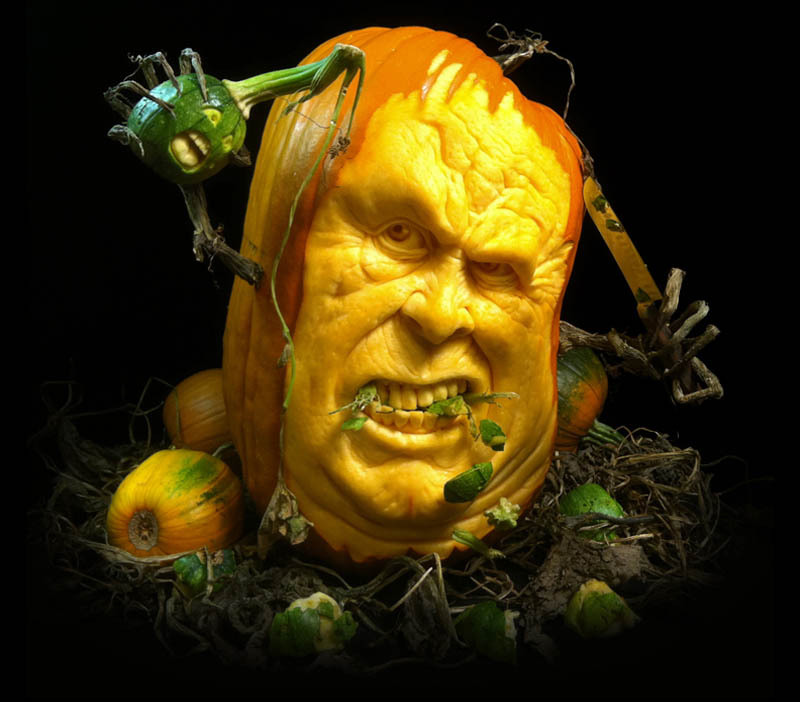 Queens, New York, native Ray Villafane is a well-respected sculptor in the toy and collectible industry, but come October, he turns into the Pumpkin Master.

A graduate of the fine arts program at School of Visual Arts (from whence comes many of my favorite people), rather than hollowing out the pumpkins and then creating details by piercing them, Villafane instead chisels them from the outside in, like traditional wood, clay, or stone sculpture. The artist came up with this novel approach to pumpkin carving when he was a grade school art teacher in Michigan. Around Halloween one year, a student brought him an extra-large pumpkin to carve. Not having knives in the classroom, Villafane turned to the only thing he had handy – sculpting tools.

Though that first carving was a big hit, I doubt Villafane knew it would start him down the road to pumpkin carving celebrity. (Which, it turns out, is a thing!) A the two-time champion of the Food Network’s Challenge Show “Outrageous Pumpkins,” the sculptor now has his own studio, a hand-picked team of elite artists, his own line of sculpting tools, and a long list of big-name clients.

During the long pumpkin off-season, Villafane turns his considerable talents to sand sculpting, but that is a subject for another day. 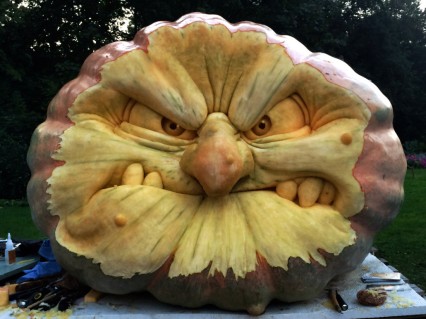 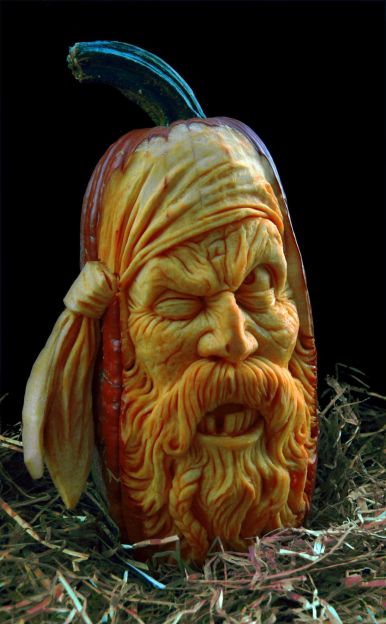 17 thoughts on “The Pumpkin Master”