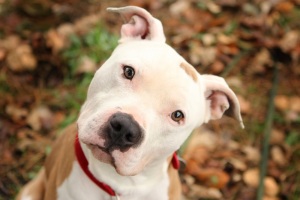 The link below is to Patrick Stuart singing a surprise song for Gene Roddenberry’s birthday. Very cute, but the reason it’s here is because it reminds me of the funniest thing that ever happened to me. Ever. And I have been fortunate enough to have lots to laugh about.

Picture this. Greenwich Village, 1997.  I was in Rose’s Turn (piano bar) of a Sunday afternoon, visiting my good friend, the very talented pianist, singer, and humorist, Jay Bradley (we miss you, Jay!), who was gamely playing for a mostly empty room.  I sat at the table in front of the piano, chatting with him while he played and sometimes sang to the few people in the bar.  There were two elderly theater queens there, and one of them got up to sing “A, You’re Adorable.”  It started okay, but a few lines in, the other geriatric singer got up to try and steal the spotlight.  After a half-hearted octogenarian tug of war for the microphone, the two of them commenced shouting the song over one another.  All the while, Jay rolled his eyes and I, as the only audience member, tried to keep control of my face.

In the meantime, a woman had come in and started talking to the bartender.  Her dog, off the leash, walked over to stand at the singers’ feet and stare balefully up at them, which I found particularly funny.  When they finally finished the song, amid much top-volume pitchiness and elbowing, the dog took a final step toward them and vomited at their feet. No one saw this but me. I have never laughed harder.  I thought I was going to die.  It took me many, many minutes to explain, first to Jay (who howled and collapsed tunelessly onto the piano keys) and then to the waitress who kept bringing he and me water and napkins.

Years later, telling this story to what I thought was yet another skeptical audience, one of the listeners turned out to be the dog’s owner, and she remembered the incident.  Apparently, a third similarly-talentless octogenarian had passed the week before, and she had been telling the story that he possessed the dog and delivered the scathing review. Thank you, S (and psychic dog Sappho) for vouching for me and my unbelievable story!

6 thoughts on “Best Joke Ever Perpetrated By a Dog”