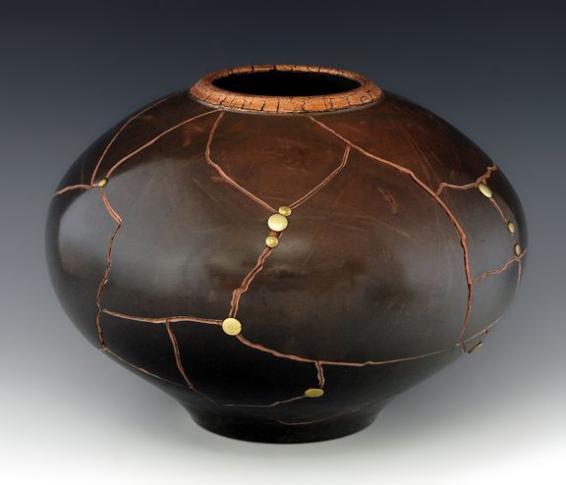 Kintsukuroi is the Japanese art of repairing broken pottery with silver or gold.  It is believed that repairing cherished items with precious metal not only shows respect for the original piece, but elevates the piece to something higher.

The story goes that a a military ruler’s favorite bowl was accidentally dropped by a server during a party.  The bowl broke into five pieces. Everyone gasped, knowing the host to be a notorious hothead. Then one of the guests made a brilliant joke about the incident, getting a big laugh and breaking the tension. The host realized that the break, “instead of  diminishing the bowl’s appeal, added a new sense of its vitality and resilience to the beloved object, which raised his appreciation of it to even greater heights.”  The bowl had become more beautiful for having been broken.

Okay, so the story would have made more sense if the host instead realized he needed to lighten up and maybe get some help with anger management, but you get the point.

“The true life of the bowl began the moment it was dropped.”

In spite of the flip way I told the story, I do find this to be a profound and lovely idea. Okay, it doesn’t work for everything (electronics, for example, are NOT better for having been dropped, gold or not), but I like what it says about our own worth.

I have never been  ashamed of my cracks. I believe that coming out the other side of an awful experience is something to be proud of.  Those cracks may have been excruciating at the time, but they made me who I am now, and I like her just fine.

Here’s a very quick illustration of the process (on pottery, not on me. That would be impossible to illustrate, quickly or otherwise):

Doing my research for this post, I came across kintsugi jewelry, which is made in the spirit of kintsukoroi. The concept actually translates quite well to jewelry.  Have a look! 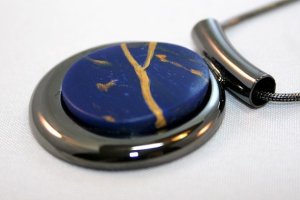