Judge was a weekly satirical magazine published in the U.S. from 1881 to the mid forties. Its covers have long been avidly sought by collectors for their gorgeous, lush illustrations and witty content. Started by a group of disgruntled former Puck Magazine writers and artists, it served as the launching pad for quite a few notable careers, including Harold Ross, who used his experience on Judge to start The New Yorker in 1925. The New Yorker eventually became its main competitor, and Judge finally lost the circulation wars in 1947.

You can read entire digitized Judge Magazines here, courtesy of The New York City Public Library. WARNING: they are from the late 1800’s and early 1900’s, and so are basically filled from cover to cover with sexist, racist humor. In case you’d rather skip directly to the art, here are a few of the magazine’s more beautiful (and less offensive) covers. In case you can’t read the captions, I’ve included them below each cover. 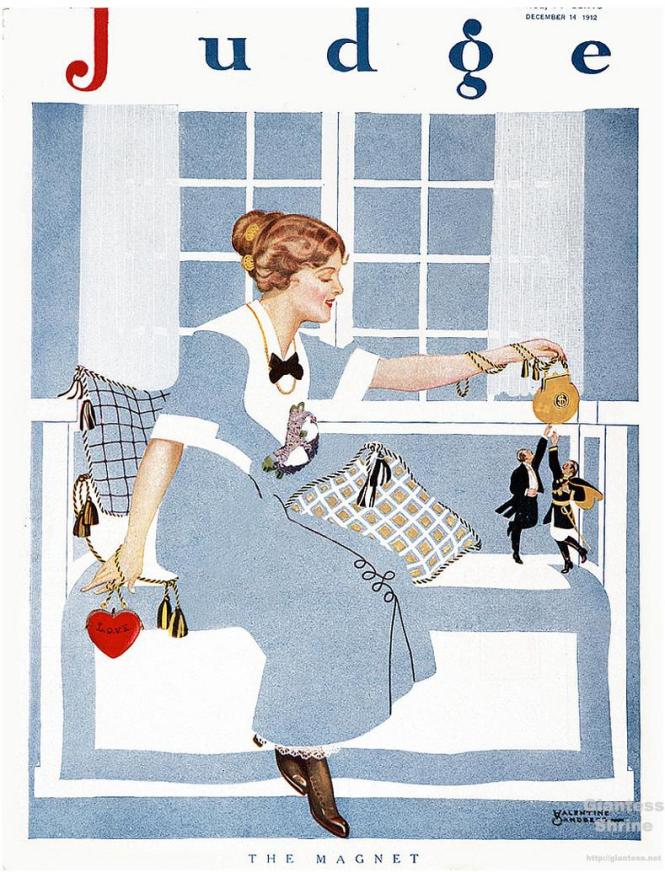 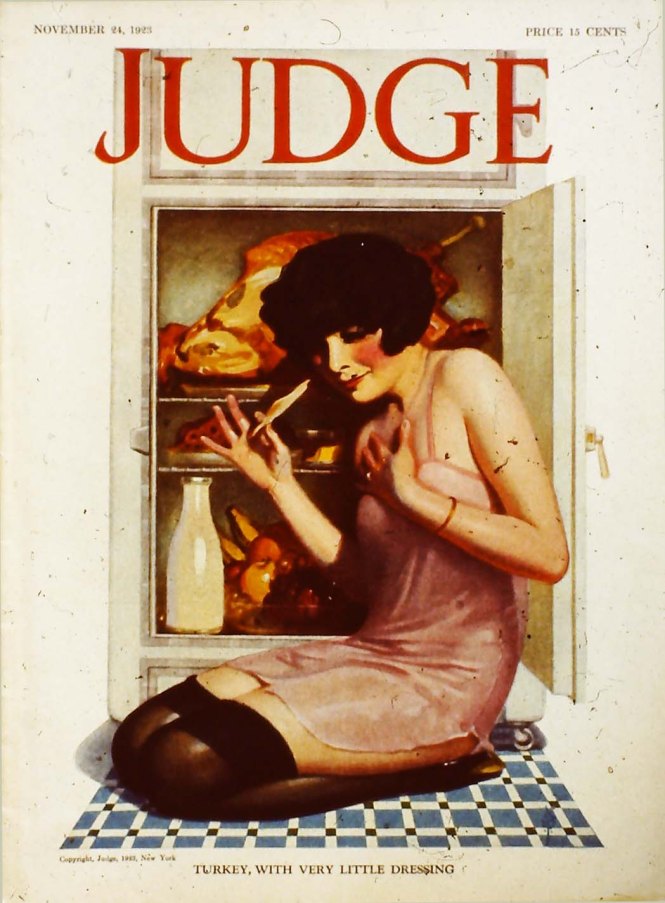 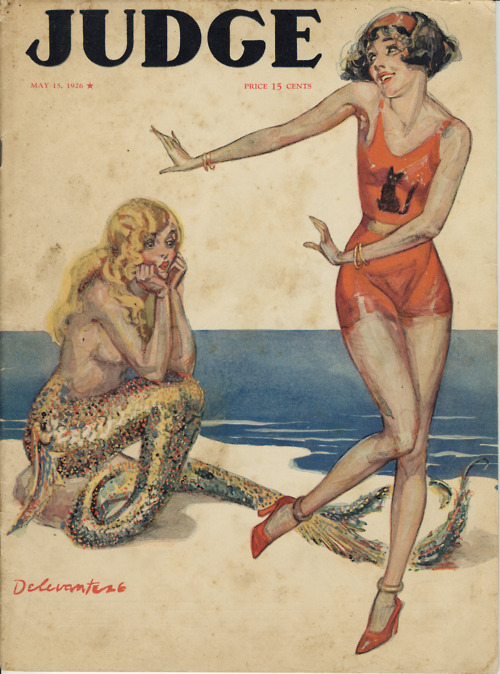 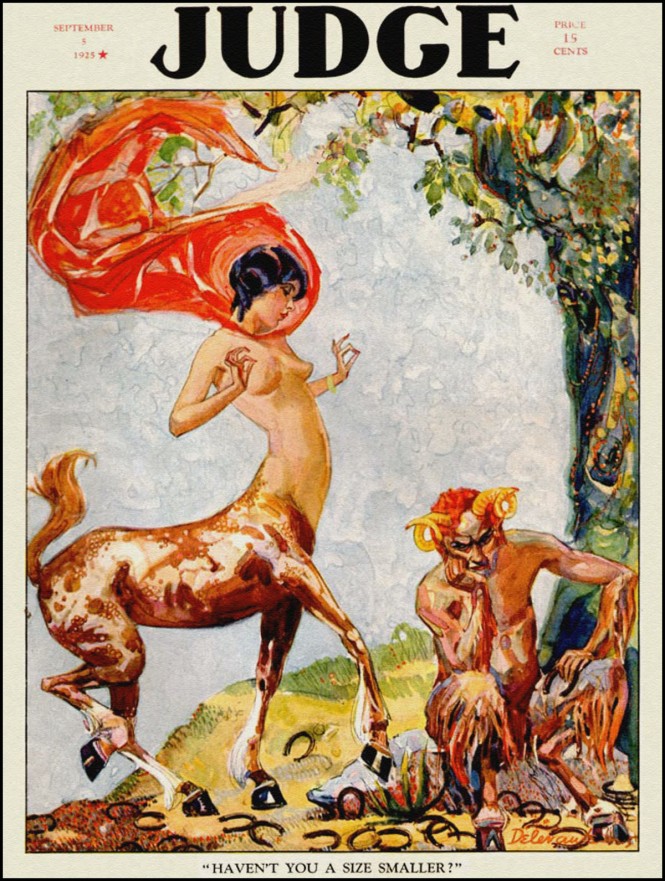 Haven’t you a size smaller?”

“The greatest puzzle of them all”