Pink Teddy looks like I feel. Photo and caption above by Mark Nixon

It’s hard to believe I’m writing another one of these awful notes, and only a week after the last one. I don’t recognize this world. I don’t know where all this hate and violence is coming from. Leaving the analysis and problem solving to bigger brains than mine, I’m going to just keep on keeping on with the beautiful things and hope that some day soon we don’t need them quite so much.  Wishing us all better days. ❤

“Real isn’t how you are made,’ said the Skin Horse. ‘It’s a thing that happens to you. When a child loves you for a long, long time, not just to play with, but REALLY loves you, then you become Real.’
‘Does it hurt?’ asked the Rabbit.
‘Sometimes,’ said the Skin Horse, for he was always truthful. ‘When you are Real you don’t mind being hurt.’
‘Does it happen all at once, like being wound up,’ he asked, ‘or bit by bit?’
‘It doesn’t happen all at once,’ said the Skin Horse. ‘You become. It takes a long time. That’s why it doesn’t happen often to people who break easily, or have sharp edges, or who have to be carefully kept. Generally, by the time you are Real, most of your hair has been loved off, and your eyes drop out and you get loose in the joints and very shabby. But these things don’t matter at all, because once you are Real you can’t be ugly, except to people who don’t understand.”

― Margery Williams, The Velveteen Rabbit (Big thank you to fellow blogger/photographer earthSTILLS who brought this lovely passage to mind!)

These photos of well-loved, much-used, stuffed (and formerly stuffed) animals photographed by Mark Nixon make me feel a million things at once. They’re sweet and funny and a little gross and in such deplorable states that it makes me really wonder about their owners. Nixon includes some sweet background and stories with each new toy, but I want more. I wish Nixon had included the lengths of the toy owners’ (human) relationships. I wonder if these kids didn’t grow up to be really good at sticking with long-term relationships. If anyone out there is casting about for a Ph.D. dissertation topic, I think that would be a great one.

“Much Loved started as a very simple idea: to photograph some “loved to bits” teddy bears for an exhibition in my studio, which happily has a gallery space. I got the idea from watching my son, Calum. I was struck by how attached he was to his Peter Rabbit, the way he squeezed it with delight when he was excited, the way he buried his nose in it while sucking his thumb, and how he just had to sleep with Peter every night. I vaguely remembered having similar childhood feelings about my own Panda.”

This inspired Nixon to put out the call for people’s old and beloved stuffed animals. The resulting photos are just stunning and a little hilarious, and eventually became a wonderful book.

And look at the book’s dedication. So sweet!

“When everything was unknown, they were there.
Where anything could happen, they were there.
These repositories of hugs, of fears, of hopes, of tears, of snots and smears.
Alone at night, they were the comforters, when monsters lurked in darkened corners, when raised voices muffled through floors and walls.
These silent witnesses, these constant companions, defenders of innocence.
Their touch, yes, but their smell, that instantly calming, all embalming musk, unique to each, soothing and smoothing the journey from consciousness to un, from purity to im, from infancy to adult-terre. (Very clever avoidance of the word adultery! How long do you think he wrestled with that one?)
Sworn to secrecy, unconditionally there, unjudgementally fair and almost always a bear.” -Mark Nixon

These pictures make me long for the favorite things of my youth (and the giraffe whose kidney(?) is hanging by a string made me long for hand sanitizer). My mother was a fiendish thrower away/giver away of all things no longer in use or in disrepair, so I didn’t have the experience of keeping something until it looked zombified. Did you ever keep a favorite toy until it reached this stage of photogenic decrepitude? Is it still a comfort?

All photos property of Mark Nixon. 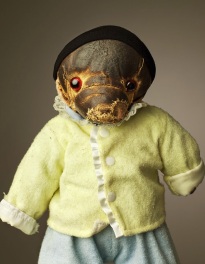 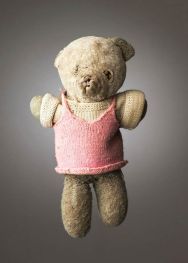 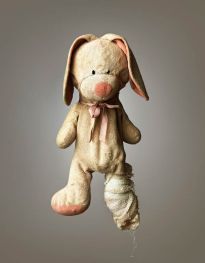 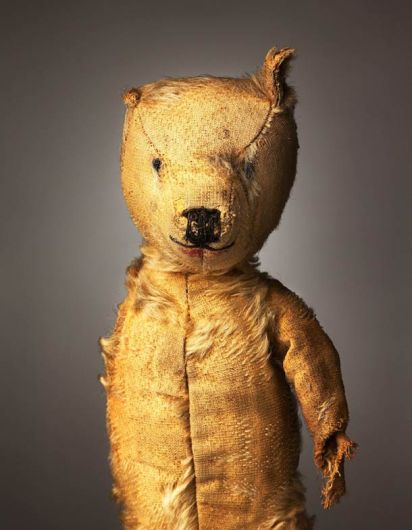 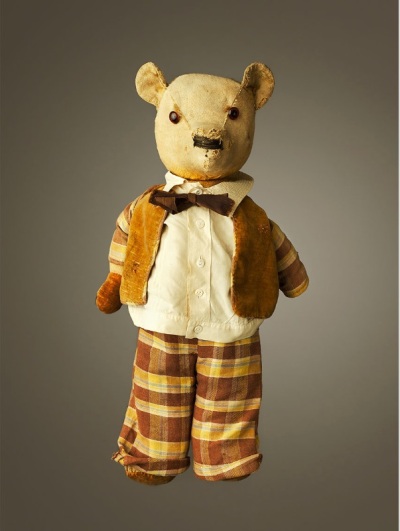 29 thoughts on “Much Loved”