Venezuelan twins Alicia and Beatriz Kelemen began their foray into glass art at their parents’ Caracas studio in the early eighties. After traveling around the world – one sister studying in the U.S. and the other studying in Europe, the girls opened separate shops, Beatriz in Boston, and Alicia joining the Pilchuck Glass School of Arts in Washington. The twins finally reunited and began working together out of K4 Studio in North Carolina.

Though the name K4 is meant to represent all four of the Kelemen family glass workers, Alicia now creates most of the work turned out by K4. Best known for her glass Judaica, her work has been made part of many important collections including those at the Venezuelan Embassy in London and The White House. Her art has even been collected by the King of Spain and Whoopi Goldberg, and I can understand why. Made of a fascinating combination of travertine stone, fused glass, colored mirrors, and copper wire, Alicia’s glass collages are truly striking, and look like nothing I’ve ever seen before.

“My work is a study of texture, color and light, based in the simplest of geometric forms; it offers me the possibility of endless variations.” – Alicia 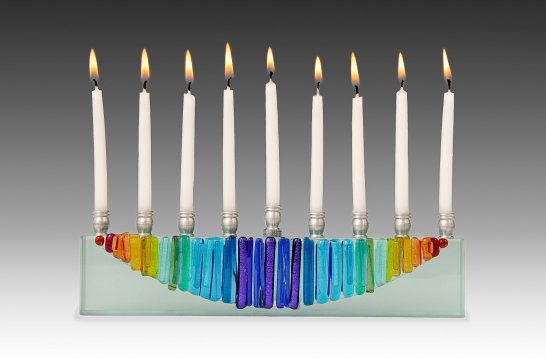 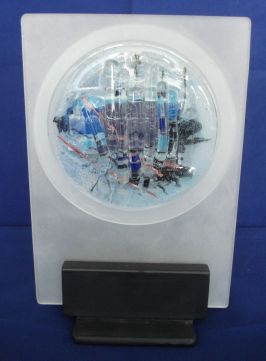 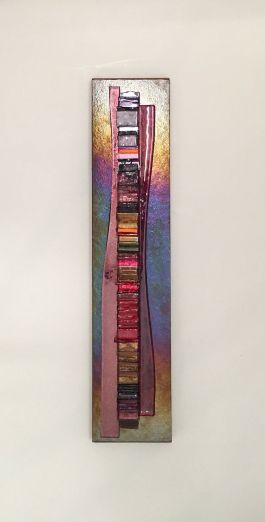 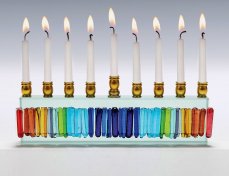 6 thoughts on “All in the Family”