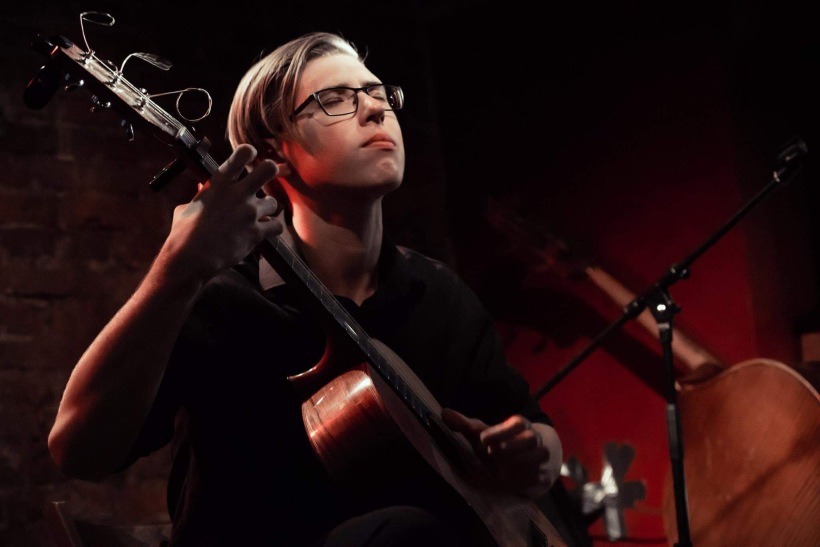 1/16/18: Young Russian guitarist Alexandr Misko is a fingerstyle master, creating arrangements that feel so lush and full, you can’t believe it’s all created by a single guitarist. Fingerstyle or fingerpicking is what they call playing the guitar by plucking or striking the strings directly with the fingertips, fingernails, or picks attached to fingers, as opposed to flatpicking, which uses a single, gripped pick. The Russian 20-year-old phenom is nothing short of incredible, and he’s been getting attention across the globe. Can you imagine being that good at something that early? What an amazing life this kid is going to have!

Misko also plays drums, bass, piano, and Kalimba, but it’s with his guitar that he really shines. He’s got an incredibly broad range of musical styles, covering artists from Red Hot Chili Peppers to David Guetta to Clapton and Chaka Kahn. He’s got some originals posted on his YouTube channel that I thought were quite nice if not terribly memorable. But ooh, those covers… I think you’re going to love this guy!

Here’s the one that first got my attention:

Here’s the one that got him noticed:

And here’s my favorite: