10/14/18: On August 8, 2018, sculptor Christina Bothwell’s workshop in rural Pennsylvania burned to the ground, taking most of her works and those of her husband, fellow artist Robert Bender, with it. On August 12, a flash flood filled her basement, ruining her remaining sculptures. A week later, Bothwell’s insurance company informed them that because they had only a homeowner policy rather than a business policy, neither the studio nor the lost artwork would be covered. They would be receiving no money to rebuild. You would think three deep cuts like that in rapid succession would break a person, but a month later, the lovely Christina gave an interview saying she viewed the fire with gratitude. She was grateful that her people and animals weren’t injured, she was grateful that the fire was giving her an opportunity to reexamine her work and remake it with new eyes, and she was grateful for the brutal-yet-beautiful blaze, which she says will influence her work going forward.

“Even in the intensity of the fire, and the desperate wait for the volunteer fire brigade, she never lost her appreciation for aesthetics, awestruck by the vision of her oldest daughter framed against the backdrop of angry flames, berating the late-arriving firemen in profanity-laden curses as a marvelous and breathtaking moment of beautiful intensity she will never forget.”

As the principal breadwinner for her family, the loss of Bothwell’s work and workplace dealt a terrible blow to their financial situation, but help was on the way. Les Snow, program manager for CERF+, a not-for-profit organization that sends grants to artists who experience catastrophic losses, immediately sent a few thousand dollars to get them started. Then, to help her raise more funds, her art dealers, Austin Art Projects, Habatat Galleries, and Heller Gallery, all banded together to produce a catalog of her surviving pieces from their collective inventories. 100% of the proceeds from the sales of those pieces will be going back to the artist. which they are offering for a single sale in an online exhibition called “My World.” And finally, Both Bothwell and Bender have been receiving donations through the mail from good Samaritans. If you are feeling so inclined, you can send donations to Christina Bothwell and Robert Bender, 148 Karns Rd., Stillwater, PA 17878

You can view the catalog with Bothwell’s remaining works here, and you can check out all her work on her website.

All images property of Christina Bothwell. 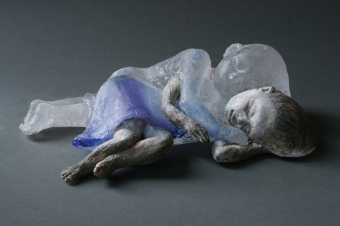 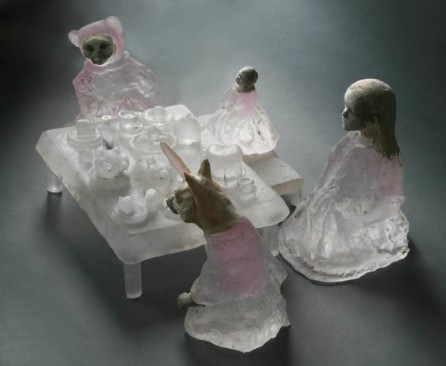 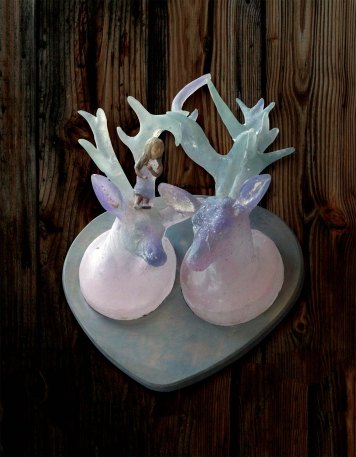 I found this video on YouTube of the artist happily working away in her studio in 2015. So sad.

4 thoughts on “Repost: Trial by Fire”