It’s coming up on Memorial Day, and the first Fire Island party of the season. This means it’s time for my annual frantic hunt for the hot music of the summer, and this year, I’ve turned up some really great new songs! I was bouncing around so much in the back of the cab listening to them on my way home from work last night, and I think my driver must have thought I was nuts.

First up is the fun video for Sia’s amazing single, Cheap Thrills. It’s a bit of a video departure for her, but it’s pretty enjoyable, nonetheless. And besides, it’s got a good beat, and I can’t help dancing to it!

If, like me, you miss Maddie Ziegler jumping around in a wig, here she is dancing around to the original version of the song without Sean Paul.

And now for this summer’s guilty pleasure. When I heard the snippet of this song on iTunes, I immediately started bopping around in my chair. Once I really listened to the lyrics, I realized Meghan Trainor has taken her notoriously-secure self esteem up a notch. But as self-congratulatory as the song first appears, I think it’s likely intended to be somewhat tongue-in-cheek. Or not. Who knows. Maybe she really is that fond of herself. Either way, this song is catchy as hell, and I can already imagine what the dance floor at Cherry’s is going to look like every time this song comes on. Big fun ahead! 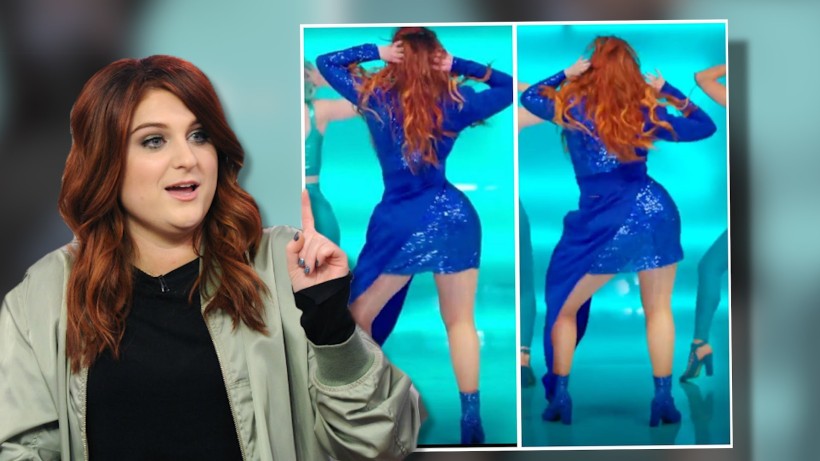 Interesting note: In the original version of this video, the editors apparently Photoshopped the hell out of M-Train in the dance segment, giving her a tiny waist. As soon as she realized it, she pulled the video, and made them put her back the way she was. A victory for thick girls everywhere!!! I like this kid more and more.