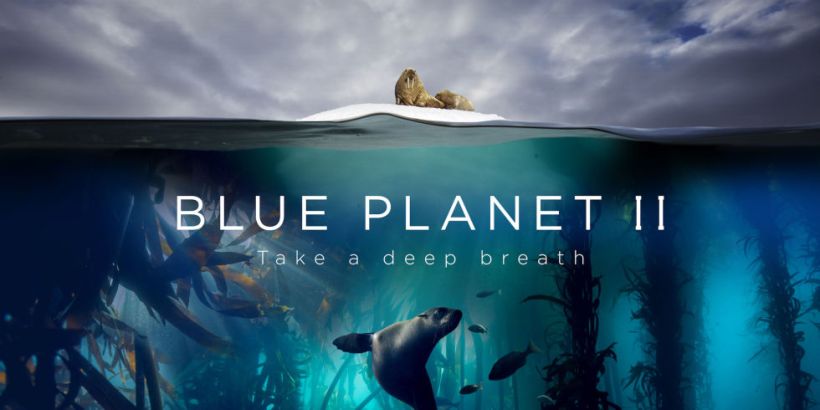 “Blue Planet” was a gorgeous nature documentary series aired on BBC America in 2001. Narrated by David Attenborough, the feature explored the underwater world in ways not previously seen. The original series was a true treat for the senses. It was one of my favorite TV shows of all time. I found it incredibly soothing during that terrible year, and I played the episodes again and again when I needed comfort.

Well, just when I really need it again, it’s back! The sequel, “Blue Planet II,” proves to be every bit as eye-popping as the original, but this one has an extra edge. The score is a mind-blowing collaboration between Radiohead and movie soundtrack pro Hans Zimmer (composer of the scores for “The Lion King,” “Gladiator,” “Inception,” and about a hundred more titles). I whole-heartedly support whatever combination of substances gave someone this idea. I think I’m as excited about the score as I am about the new series.

The reboot has been in production since 2013 and is scheduled to be broadcast starting on October 29, 2017, on BBC One. The trailer has me positively itching for more. My only regret is that I can’t watch it on the big screen!

Check out the show’s website, and don’t forget to set your DVR to record this amazing series!

UPDATE: I just learned the entire first series is available on Netflix!!! I’m so excited, I just squealed loudly enough to wake beloved in the next room. Guess what I’m doing tonight!