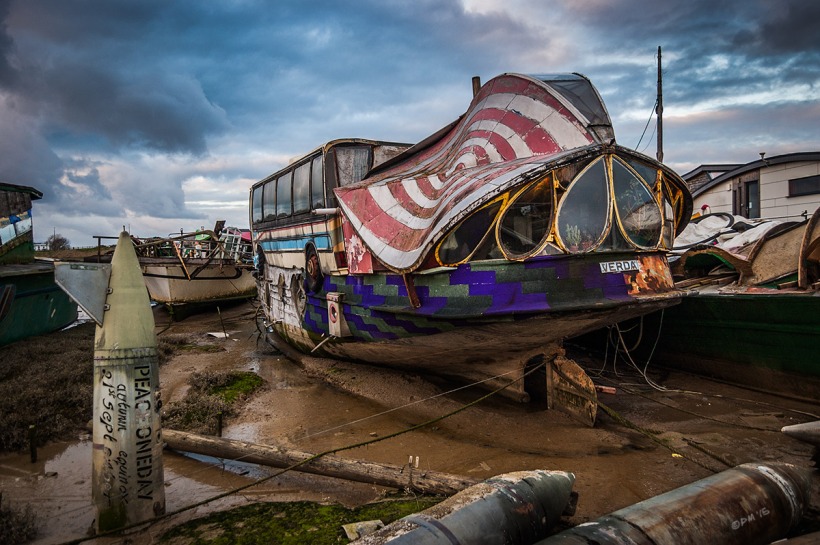 At the edge of the River Adur, adjacent to the British town of Shoreham-on-Sea in Sussex is a village of about 50 crazy-looking houseboats. Seven of these boats are the creation of local mad genius Hamish McKenzie, who started the community. McKenzie and his neighbors haunt farms and junkyards and dumps for the materials with which they build their unusual dwellings. Inhabitable vessels all, Hamish’s favorite is made from a boat ambulance merged with a black and white checkered city bus, and finished off with a nose cone from a jumbo jet. His innovative use of recycled materials include using a microwave as a mailbox, a bookcase made from an old speedboat, a dish drain made from old wooden toilet seats (shudder), and windows made from massive tractor wheels. Recycle, reduce, reuse indeed!

“I use second-hand materials because I think there’s life in inanimate objects. They’ve lived one life, and you’re just changing their purpose… ” Hamish McKenzie

In 1945, Britain retired quite a few of its smaller decommissioned military ships to the tidal mud flats around communities like Shoreham-on-Sea. So 32 years ago, when Hamish found himself homeless, he and a few friends decided to try living in them. He managed to scrape together enough money for his first boat – a junker – and has made a life for himself out of whatever he can find ever since. The genius of living in a houseboat, Hamish says, is that he’s not required to follow any building codes or inspections. He can configure his spaces however he wants.

You can learn more about the history of the community on the Shoreham Houseboats History Facebook page, and you can rent a houseboat for the night on Airbnb here and here.. 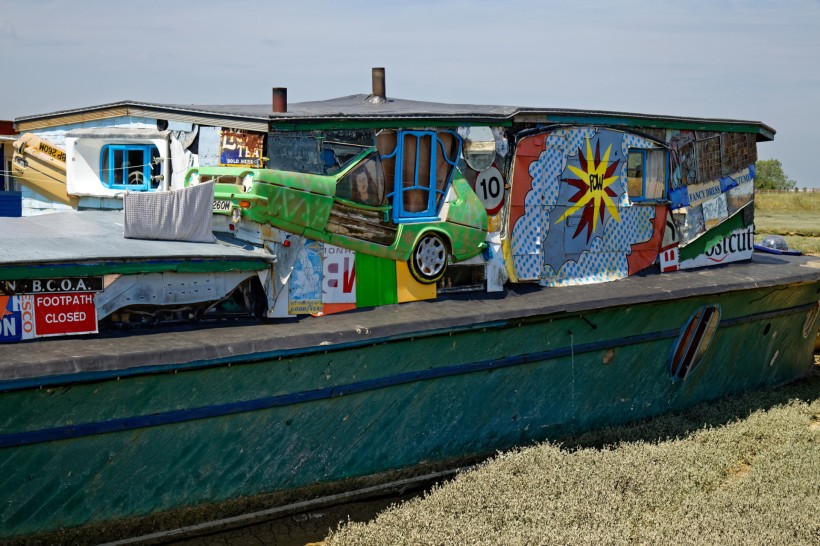 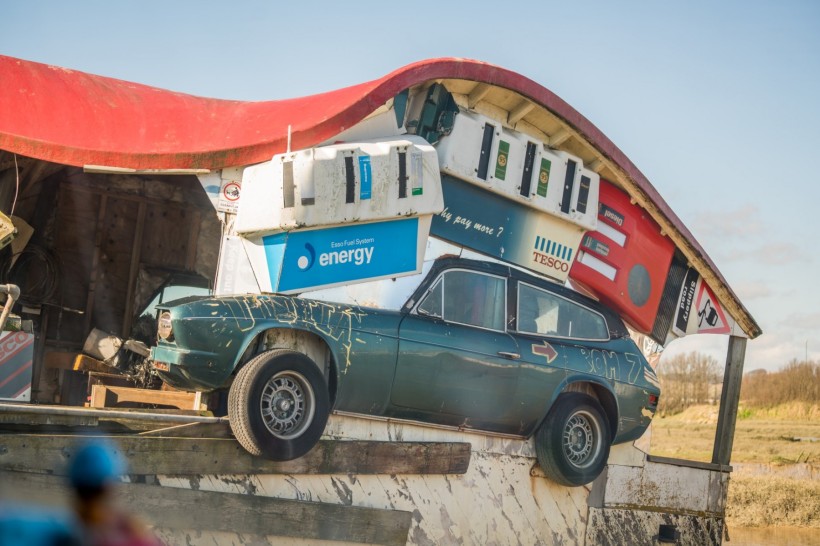 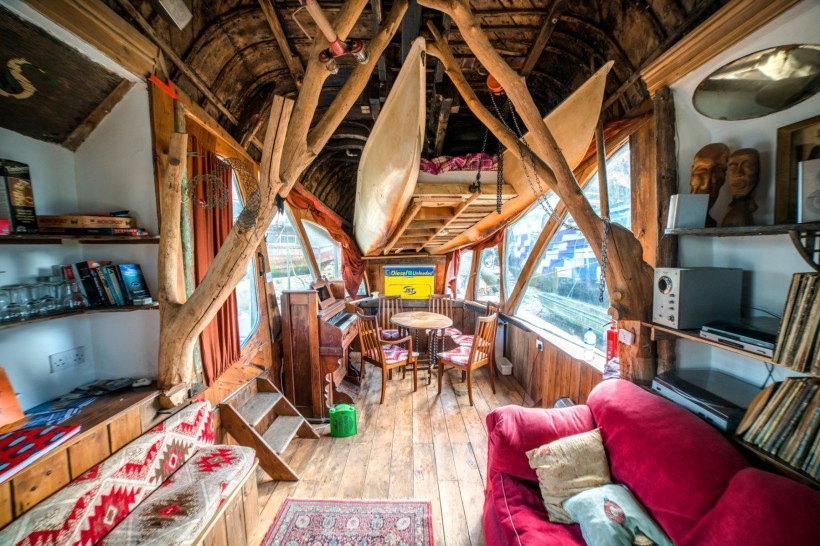