I am thrilled to report that there are 200+ free vintage posters available for download on Flickr courtesy of the Minneapolis College of Art and Design! The posters, which include some of my all time favorites, are advertisements from the French period of design known as La Belle Époque. The artworks, created between 1879 and 1914, include designs by some of the most famous artists of the period including Alphonse Mucha and Henri de Toulouse-Lautrec.

“In the late nineteenth century, lithographers began to use mass-produced zinc plates rather than stones in their printing process. This innovation allowed them to prepare multiple plates, each with a different color ink, and to print these with close registration on the same sheet of paper. Posters in a range of colors and variety of sizes could now be produced quickly, at modest cost. Skilled illustrators and graphic designers – such as Alphonse Mucha, Jules Chéret, Eugène Grasset, and Henri de Toulouse-Lautrec — quickly began to exploit this new technology; the “Golden Age of the Poster” (1890s through the First World War) was the spectacular result.

“This collection of over two hundred digital images of historic posters from the Belle Époque and early twentieth century was originally compiled to support the teaching of Design History and Graphic Design courses at the Minneapolis College of Art & Design. Many of the artists who designed posters during this period were already well-known in other media, such as painting and architecture. Their creative success helped to bridge the gap between “high art” and popular visual culture, and to introduce even those who never visited museums or galleries to examples of innovative modern design. Today, these striking posters are highly regarded as being among the most distinctive examples of fin-de-siecle styles such as Art Nouveau.”

The college’s image set, called “Art of the Poster 1880-1918,” can be accessed on Flickr, and you can check out the Minneapolis College of Art and Design on their website. 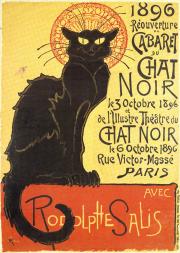 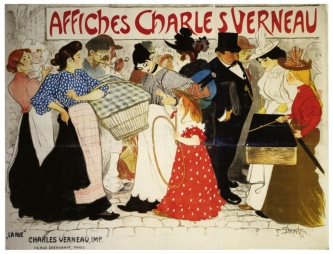 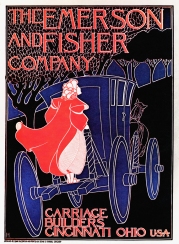 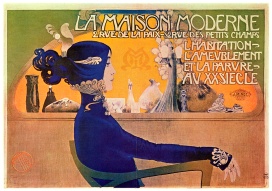